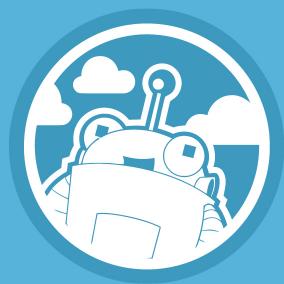 With it’s most recent release of Panda 4.0 and tweaks to Authorship, Google is continuing it’s ongoing battle against SPAM and hack SEO strategies. As Gil Datz mentioned in his recent blog “Google’s New Panda 4.0 Update”, many people that use services such as press release sites for back linking and other SEO advantages saw major hits to their rankings in the last month. Many companies are now scrambling to apply fixes and frustrated clients are wondering why their content has dropped off the rankings radar.

Google wants to push original content and wants those site and blogs to have the rankings they deserve. When people search on Google, they want to see what is valuable and relevant. Google’s algorithm changes are constant. Many SEO firms and web development agencies will look for the immediate result at the expense of the long-term strategy.

Authorship is another way Google is trying to show legitimate results from trusted and authentic content providers. In a nutshell, Google Authorship is a way to show who are the trusted authors on a given subject and that the content that is being provided is coming from them and strongly linked around Google+ profiles. As Steve Olenski observed in a recent article on Forbes:  “Search engines are slowly turning the relevance dial in favor of the individual versus the publisher.” Google lists their criteria and ways to get set up on Authorship here.

Google Authorship rankings were having individual profile pictures featured next to properly authored content. Social Media managers know that content that includes pictures and graphics have increased clicks, likes and retweets. It’s the main reason why Instagram has 58% higher engagement over Facebook per user.  However recently Google announced a major change as profile pictures will no longer appear next to search engine results which have many asking questions as to why this change has been made after Google pushed content providers to link their profile pictures and Google+ accounts.  Rand Fishkin of MOZ tweeted he felt these organic search results were taking clicks away from paid advertisements. 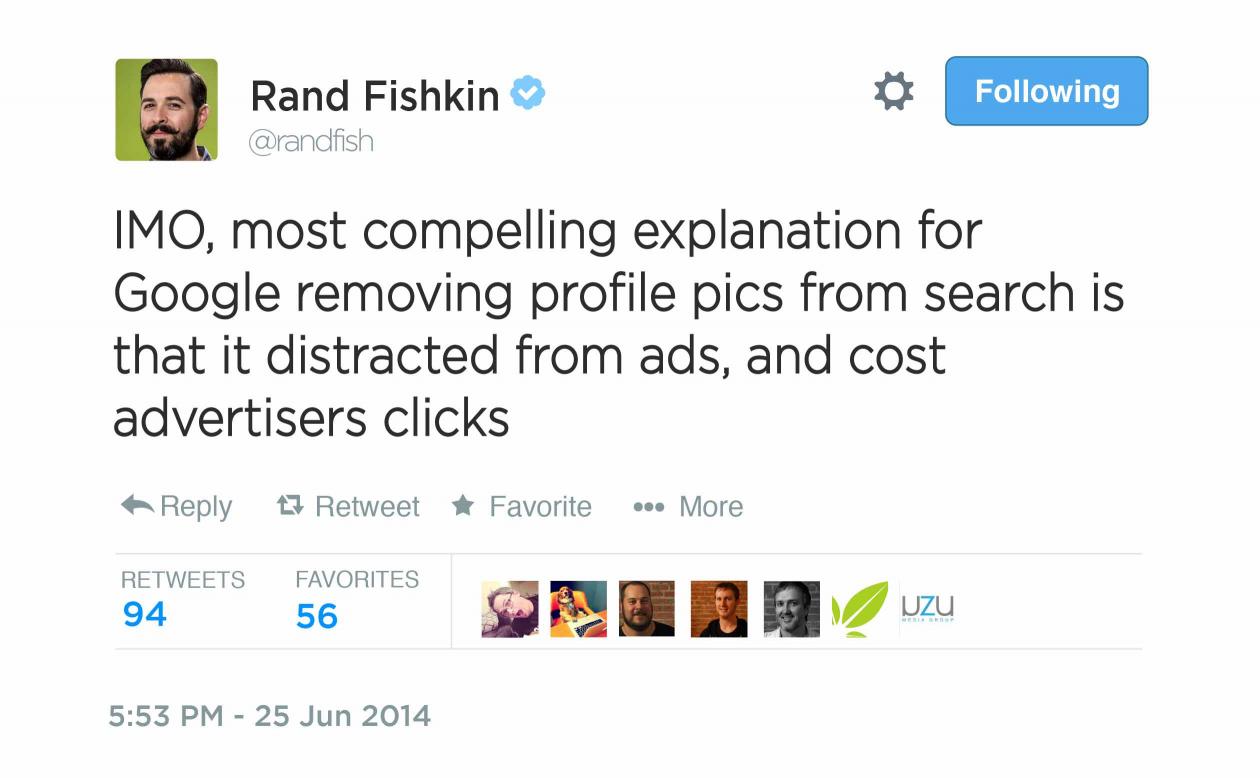 Search Engine results (SERP) also showed that Authorship snippets bottomed out to 0% (as of June 29th) after this implementation as shown by the graph below.

While frustrating to those wanting to deliver organic media rich content, Google’s continued implementations to filter SPAM and bad SEO practices shows us that in the long term, well thought out SEO and providing good content works. Google rankings will continue to reward content that is legit and organic. For many, losing the personalized profile pictures gives less incentive to get verified, which could be a mistake down the road.

Authorship is not gone.

Verified authors will still have a byline and their names will remain connected to their content. It is also unclear where Google may decide to take this in the future. With the ways things have gone lately with Google, the photos may be back in a few months. All that to say, it’s important to not jump ship and forget authorship – just continue to roll with Google as rankings are not affected with these new changes.

This is why working with a good reliable SEO professional is important. There are ways to establish good practices that will produce positive long term ranking returns for you. Thinking about the long term advantages to a well thought out strategy is vital. So even when the Google Panda and Penguin updates arrive, authentic authorship, organic SEO and optimized websites make any adjustments much easier in the future and keep your content from being punished and your rankings suffering. If your company is not where you want it to be online and you are constantly being outranked by your competitors, email us and let us take a look. There may be some very specific and practical steps to seeing that change.