Are You Scared of Social Media?

“Data Reportal estimates that there were 3.484 billion social media users worldwide in 2019, which is around 45% of the total 7.676 billion internet users all over the world.” We’re not sure how that allows for the children in the world (Which estimates have around 1.9 billion up to age 14 – if we chop off even half of those that might be using social media (ages 11-14?) we still have what appears to be an over estimation/overlap. Either way though, we all can see the influence of social media of any minute of any day that we care to look.

I believe we haven’t seen the last of this one. In fact, it seems to be growing. Visiobibliophobia is quite simply the fear of social media. To expand that, it’s the FEAR (Phobia) of either being SEEN (Visio) either too much, or too little – for different reasons – ONLINE (Primarily through social media – Biblio – that which can be read). Another interesting term that’s similar to that is “Prosopobibliophobia” which is usually used in place of a fear of Facebook, but I can’t quite get that from it’s roots. It’s out there now though.

Remember when we used to be afraid of monsters under our bed? Remember those scary stories that had something go bump in the night? Now one of the scariest things we have to worry about is getting tweets, kiks, snaps and pings all while we’re trying to sleep! In fact, there’s a word for it (it’s visiobibliophobia, but we’ll get back to that in a bit).

With so many social platforms out there (and seemingly more popping up each day), it has become extremely easy to stay in touch with the world. However, it can be convenient to the point of being overwhelming. This includes the pressure on big businesses, down to the creative freelancer.

Networking and advertising has been taken to another level since the rise of social media applications, making it easier to share ideas and information. Independent artists are capitalizing on opportunities in every industry, maintaining complete control over their content while businesses are becoming more creative and engaging with theirs. With so many possibilities for profit and promotion, why would anybody turn away from this world of instant interaction? A simple answer is fear. 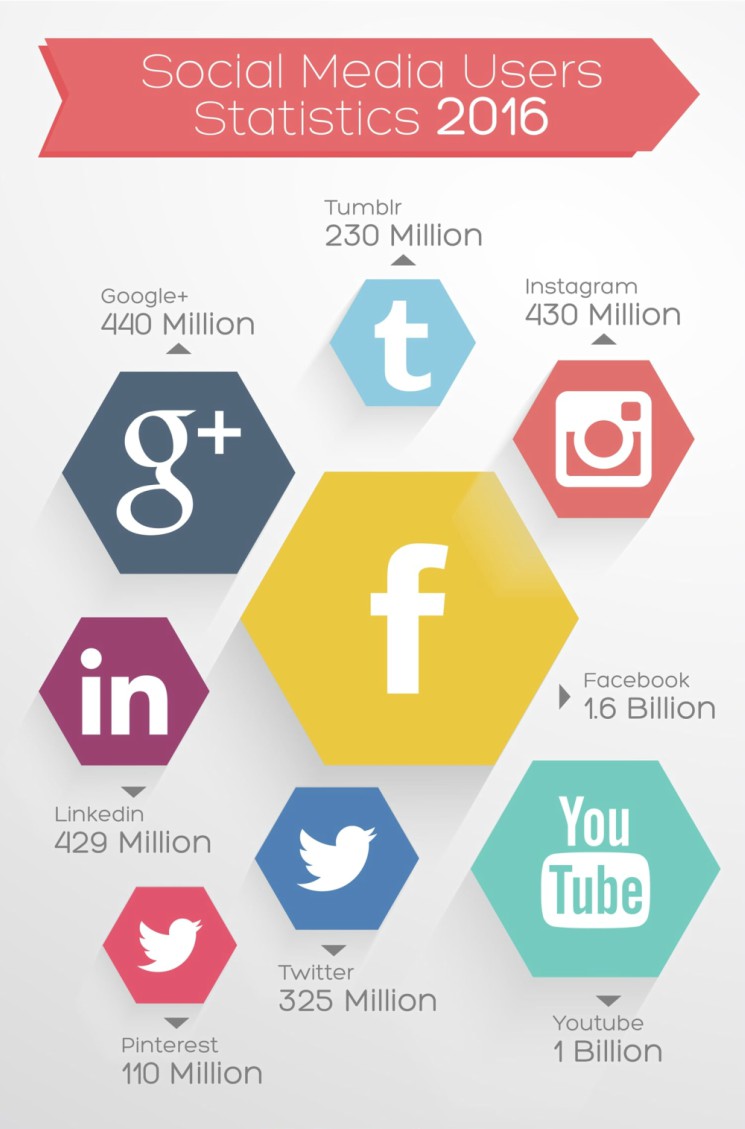 With approximately 78% of people living in the United States have at least one social profile. Facebook is now “the largest country in the world” in relation to population at 1.65 billion users. With that, nearly one-third of the world is using some kind of social platform! It’s clear that social networking is more than a simple trend, but it now has some people hiding under the covers. And it’s not just baby boomers who are reluctant to taste of the social soup. Young millennials are holding back from self-expression and exploration for a couple of surprisingly-not-so-surprising reasons.

MARRIED TO THE MEDIA

First off, people simply are scared of commitment. Most entrepreneurs know the benefit of Social Media Marketing, but won’t invest the time (or sometimes the money) to set up posts thinking it’s too much of a chore. Or they’re afraid of messing things up. Social Media is not marriage! You don’t have to give up half of everything just to make it work. With various applications to manage your status updates on multiple social platforms (like Hootsuite or Sprout Social, which UZU has used both) maintaining clean and creative campaigns can be fun and easy!

HE SAID SHE SAID

One of the biggest, but least talked about deterrents pushing people away from engaging in Social Media is the fear of incivility. Most of us act like we don’t care about what people say about us, but the fear of ridicule or rejection is prevalent amongst all adults. Everyone has a story to tell, but when we don’t get the response we were hoping for, we tend to back away from expressing ourselves. We’re not so vainglorious to expect praise and accolades on every meme we share, but if people respond negatively or distastefully to our thoughts or beliefs, it can hinder our confidence to post. As salt to the wound, we often compare our social engagement by likes and shares with others who just seem to understand Social Media.

#Visiobibliophobia or Fear of Social Media

Interestingly enough, a #hashtag has developed that basically sums up the fear of social, and it’s #visiobibliophobia. Click the link and check things out on Twitter. If you have it, you’re not alone!

According to an article by Uncyclopedia on this fear of social media, or visiobibliophobia,

The disease was first outlined in an attempt to properly describe a growing fear of the popular social networking site Facebook,[2] but has since come to include fears of a wide variety of social media platforms such as twitter and foursquare. A less common name for the disease, prosopobibliophobia, is rarely used despite it’s proper greek foundation. Prosopobibliophobia has the same meaning and connotation as visiobibliophobia but is less widespread

Long story short, It’s time to stop being scared! We’ll be your Doctor of Social Media.

Stop holding yourself back from having a successful social media presence. Don’t be afraid of what others might say about you or your business. There’s a lot of forgiveness on Social Media. Even if you happen to mess something up, people forget very quickly. Plus… business and life are all about taking risks, right?

Put your best foot forward and just focus on building your brand; you will see the interaction grow soon enough. Social media should be a tool rather than a trend that tests your patience so when you want to get ahead with your internet marketing, trust our Social Media Management team at UZU to help get you noticed.